Missing Genetic Switch at the Origin of Malformations During Embryonic Development Dec 15, 2021 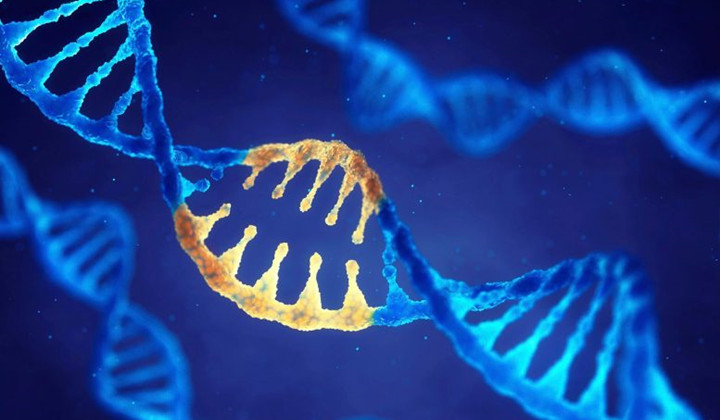 UNIGE Scientists have discovered how the absence of a genetic switch can lead to malformations during embryonic development.

Embryonic development follows delicate stages: for everything to go well, many genes must coordinate their activity according to a very meticulous scheme and tempo. This precision mechanism sometimes fails, leading to more or less disabling malformations. By studying the Pitx1 gene, one of the genes involved in the construction of the lower limbs, a team from the University of Geneva (UNIGE), in Switzerland, has discovered how a small disturbance in the activation process of this gene is at the origin of clubfoot, a common foot malformation. Indeed, even a fully functional gene cannot act properly without one of its genetic switches. These short DNA sequences provide the signal for the transcription of DNA into RNA, and are essential for this mechanism. And when just one of these switches is missing, the proportion of cells where the gene is active decreases, preventing the lower limbs from being built properly. These results, which can be read in the journal Nature Communications, highlight the hitherto largely underestimated role of genetic switches in developmental disorders.

During embryonic development, hundreds of genes must be precisely activated or repressed for organs to build properly. This control of activity is directed by short DNA sequences that, by binding certain proteins in the cell nucleus, act as true ON/OFF switches. “When the switch is turned on, it initiates the transcription of a gene into RNA, which in turn is translated into a protein that can then perform a specific task,” explains Guillaume Andrey, professor in the Department of Genetic and Developmental Medicine at the UNIGE Faculty of Medicine, who led this research. “Without this, genes would be continuously switched on or off, and therefore unable to act selectively, in the right place and at the right time.”

In general, each gene has several switches to ensure that the mechanism is robust. “However, could the loss of one of these switches have consequences? This is what we wanted to test here by taking as a model the Pitx1 gene, whose role in the construction of the lower limbs is well known,” says Raquel Rouco, a post-doctoral researcher in Guillaume Andrey’s laboratory and co-first author of this study.

A decrease in cellular activation that leads to clubfoot

To do this, the scientists modified mouse stem cells using the genetic engineering tool CRISPR-CAS 9, which makes it possible to add or remove specific elements of the genome. “Here, we removed one of Pitx1’s switches, called Pen, and added a fluorescence marker that allows us to visualize the gene activation,” explains Olimpia Bompadre, a doctoral student in the research team and co-first author. “These modified cells are then aggregated with mouse embryonic cells for us to study their early stages of development.”

Usually, about 90% of cells in future legs activate the Pitx1 gene, while 10% of cells do not. “However, when we removed the Pen switch, we found that the proportion of cells that did not activate Pitx1 rose from 10 to 20%, which was enough to modify the construction of the musculoskeletal system and to induce a clubfoot,” explains Guillaume Andrey. Indeed, the proportion of inactive cells increased particularly in the immature cells of the lower limbs and in the irregular connective tissue, a tissue that is essential for building the musculoskeletal system.

The same mechanism in many genes

Beyond the Pitx1 gene and clubfoot, the UNIGE scientists have discovered a general principle whose mechanism could be found in a large number of genes. Flawed genetic switches could thus be at the origin of numerous malformations or developmental diseases. Moreover, a gene does not control the development of a single organ in the body, but is usually involved in the construction of a wide range of organs. “A non-lethal malformation, such as clubfoot for example, could be an indicator of disorders elsewhere in the body that, while not immediately visible, could be much more dangerous. If we can accurately interpret the action of each mutation, we could not only read the information in the genome to find the root cause of a malformation, but also predict effects in other organs, which would silently develop, in order to intervene as early as possible,” the authors conclude.