Vitamin C Is a Key Ingredient for Immune Cell Function – A Leg Up in Treating Autoimmune Diseases Jul 23, 2021 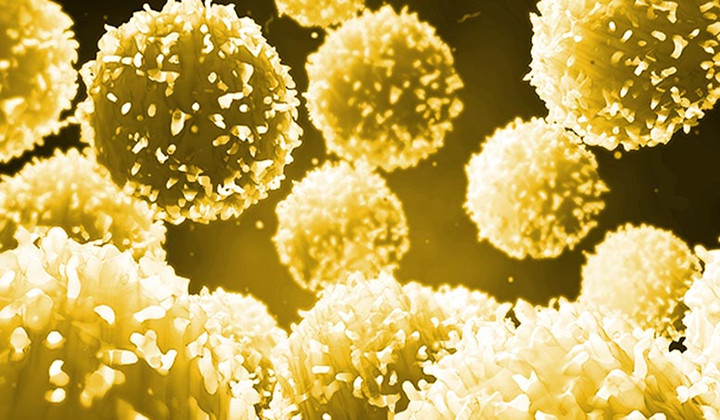 Harnessing the combined power of Vitamin C and TET proteins may give scientists a leg up in treating autoimmune diseases.

You can’t make a banana split without bananas. And you can’t generate stable regulatory T cells without Vitamin C or enzymes called TET proteins, it appears.

Regulatory T cells (Tregs) help control inflammation and autoimmunity in the body. Tregs are so important, in fact, that scientists are working to generate stable induced Tregs (iTregs) in vitro for use as treatments for autoimmune diseases as well as rejection to transplanted organs. Unfortunately, it has proven difficult to find the right molecular ingredients to induce stable iTregs.

Now scientists at La Jolla Institute for Immunology and Emory University School of Medicine report that Vitamin C and TET proteins can work together to give Tregs their life-saving power.

“Vitamin C can be used to stabilize iTregs generated in vitro,” says LJI Instructor Xiaojing Yue, Ph.D., who served as co-first author for the EMBO Reports study. “We hope that these kinds of induced Tregs can be used in the future for treatment of autoimmune diseases and organ transplantation.”

The recent study, led by LJI Professor Anjana Rao, Ph.D., and Emory Instructor Benjamin G Barwick, Ph.D., builds on the previous discovery that Vitamin C can enhance the enzymatic activity of TET proteins and prompt the generation of stable iTregs under lab conditions.

This finding was encouraging, but the scientists did not want to work toward new autoimmune therapies without first analyzing the gene expression patterns and other key epigenetic features of the induced Tregs.

“We wanted to study the entire system at a whole genome level using next generation sequencing technology to better understand the molecular features of these cells,” says Yue.

Study co-first author Daniela Samaniego-Castruita, a graduate student at LJI, spearheaded the analysis of gene expression and epigenetic changes in the iTregs. A major type of epigenetic modification involves the DNA itself through the addition or removal of molecules called methyl groups from cytosines, one of the four DNA bases. The methyl groups can be further oxidized by TET enzymes. All of these interactions can eventually change how cells “read” the DNA code.

Another type of epigenetic change involves the alteration of DNA accessibility: whether DNA is loosely or tightly coiled. As the DNA coils unwind, regulatory regions become exposed which subsequently influence gene expression.

In their analysis, the researchers found TET proteins are absolutely required for maintaining the gene expression and epigenetic features that make Tregs as what they are; and adding Vitamin C led to iTregs with similar similar gene expression and epigenetic features as normal “wild type” Tregs found in the body. The study also reveals an intriguing connection between TET enzymatic activity, Vitamin C and IL-2/STAT5 signaling.

“In mice that are deficient for components of IL-2/STAT5 signaling, such as IL-2, IL-2 receptors or STAT5, the Tregs cannot develop properly or they can have impaired function,” Yue says.

The researchers demonstrate that on one hand, TET-deficiency in Treg cells leads to impaired IL-2/STAT5 signaling; on the other hand, Vitamin C confers iTregs enhanced IL-2/STAT5 signaling by increasing the expression level of IL-2 receptor and the functional form of STAT5, and STAT5 binding to essential regions in the genome, rendering these cells survive better in tough environments with low IL-2 supplementation.

“We are looking for more small molecules to stabilize TET activity and generate induced Tregs that are even more stable,” says Yue. “These induced Tregs could eventually be used to treat patients.”

“This research gives us a new way to think about treating autoimmune diseases,” says Samaniego-Castruita.