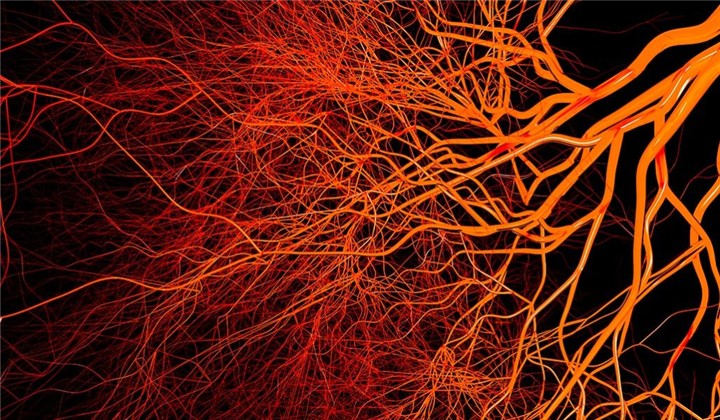 After a head injury, the tiny particles diverted inflammation-causing cells from the brain

Injecting a swarm of nanoparticles into the blood of someone who has suffered a brain injury may one day help to limit the damage — if experimental results in mice can be translated to humans. In mice, these nanoparticles seemed to reduce dangerous swelling by distracting immune cells from rushing to an injured brain.

The results, described online January 10 in the Annals of Neurology, hint that the inflammation-fighting nanoparticles might someday make powerful medicine, says John Kessler, a neurologist at Northwestern Medicine in Chicago. “All the data we have now suggest that they’re going to be safe, and they’re likely to work” for people, Kessler says. “But we don’t know that yet.”

After an injury, tissue often swells as immune cells flock to the damage. Swelling of the brain can be dangerous because the brain is contained within the skull and “there’s no place to go,” Kessler says. The resulting pressure can be deadly.

But nanoparticles might serve as an immune-cell distraction, the results in mice suggest.

Two to three hours after a head injury, mice received injections of tiny biodegradable particles made of an FDA-approved polymer — the same sort that’s used in some dissolving sutures. Instead of rushing toward the brain, a certain type of immune cell called monocytes began turning their sights on these invaders. These monocytes engulfed the nanoparticles, and the cells and their cargo got packed off to the spleen for elimination, the researchers found. Because these nanoparticles are quickly taken out of circulation, the researchers injected the mice again one and two days later, in an effort to ease inflammation that might crop back up in the days after the injury.

Other tests showed that both brain swelling and scarring were less severe in mice that had received nanoparticles. Mice’s vision cells performed better in response to light. And behavior improved, too. Mice were able to walk better across a ladder if they had received the nanoparticle decoys. The scope of the animals’ improvements was “a much bigger effect than you actually expected or hoped for,” Kessler says.

Other potential nanoparticle therapies rely on tethering drugs or other cargo to the nanoparticles themselves (SN: 3/7/19). But in this study, the nanoparticles were bare. That’s “different from what we typically think of as a nanoparticle treatment,” says Forrest Kievit, a biomedical engineer at the University of Nebraska–Lincoln. That simplicity might make the manufacturing of these particles more straightforward than other, more complicated nanoparticles, a benefit for potential clinical trials.

Kievit cautions, however, that there are many differences between mice and human brain injuries: the type and severity of the injuries and the timelines for recovery are different, for instance. And the ways that the brain suffers after a hard hit involves more than just a harmful immune response. Toxic substances can accumulate and spread to unaffected areas, for instance.

Still, Kessler is optimistic that these nanoparticles hold promise not just for treating brain injuries, but also for a wide range of ailments that involve a potentially damaging immune response. In 2014, researchers found that nanoparticles distracted monocytes from causing inflammation in other circumstances in mice. Similar nanoparticles seemed to improve mice’s heart health after undergoing a blockage that mimics a heart attack. Nanoparticles also seemed to ease signs of inflammatory bowel disease, and boosted survival of mice infected with West Nile virus.

There are few ways to treat traumatic brain injuries, Kessler says. “There’s nothing that’s really been able to make a dent in this disease. That’s why it would be so exciting if it really works.”