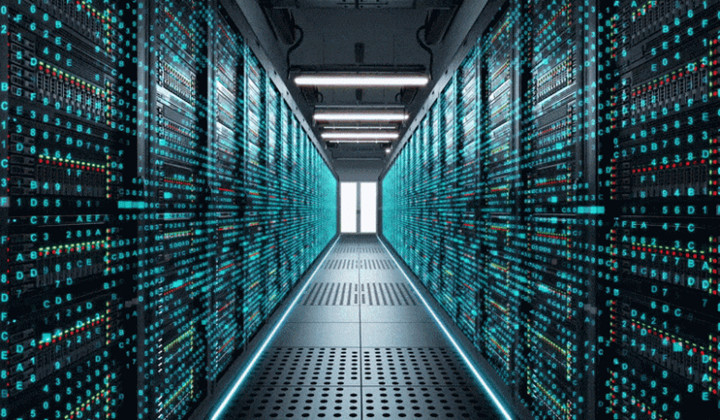 How do magnetic waves behave in antiferromagnets and how do they spread? What role do “domain walls” play in the process? And what could this mean for the future of data storage? These questions are the focus of a recent publication in the journal Physical Review Letters from an international research team led by Konstanz physicist Dr. Davide Bossini. The team reports on magnetic phenomena in antiferromagnets that can be induced by ultrafast (femtosecond) laser pulses and with the potential to endow the materials with new functionalities for energy-efficient and ultrafast data storage applications.

Demand for storage capacity is growing faster than the available infrastructure

The wildly increasing use of big data technologies and cloud-based data services means that the global demand for data storage is constantly expanding – along with the need for ever-faster data processing. At the same time, the currently available technologies will not be able to keep up forever. “The estimates say that the growing demand can only be met for a limited period of about 10 years, if no novel, more efficient technologies for data storage and processing can be developed in the meantime”, says physicist Dr Davide Bossini from the University of Konstanz and lead author of the study.

To prevent a data crisis from taking place, it will not be enough to simply keep building more and more data centers, operating at the current state-of-the art. The technologies of the future must also be faster and more energy-efficient than traditional mass data storage, based on magnetic hard disks. One class of materials, antiferromagnets, is a promising candidate for developing the next generation of information technology.

The structure of antiferromagnets

We are all familiar with household magnets made from iron or other ferromagnetic materials. These materials have atoms that are magnetically all oriented in the same direction – like small needles of a compass – so that a magnetic polarization (magnetization) occurs that affects the surrounding environment. The antiferromagnets, by contrast, have atoms with alternating magnetic moments that cancel each other out. Antiferromagnets thus have no net magnetization and therefore no magnetic impact on the surrounding environment.

On the inside, though, these antiferromagnetic bodies abundantly found in nature are split into many smaller areas called domains, where opposingly oriented magnetic moments are aligned in different directions. The domains are separated from each other by transitional areas known as “domain walls”. “Although these transitional areas are well-known in antiferromagnets, until now, little was known about the influence the domain walls have on the magnetic properties of antiferromagnets – especially during extremely short time increments”, says Dr Bossini.

In the current article, the researchers describe what happens when antiferromagnets (more specifically: crystals of nickel oxide) are exposed to ultrafast (femtosecond) laser pulses. The femtosecond scale is so short that even light can only move a very small distance in this period of time. In one quadrillionth of a second (one femtosecond), light travels a mere 0.3 micrometer – equivalent to the diameter of a small bacterium.

The international team of researchers showed that domain walls play an active role in the dynamic properties of the antiferromagnet nickel oxide. The experiments revealed that magnetic waves with different frequencies could be induced, amplified, and even coupled with each other across different domains – but only in the presence of domain walls. “Our observations show that the ubiquitous presence of domain walls in antiferromagnets could potentially be used to endow these materials with new functionalities at the ultrafast scale”, Bossini explains.

The ability to couple different magnetic waves across domain walls highlights the potential to actively control the propagation of magnetic waves in time and space as well as energy transfer among individual waves at the femtosecond scale. This is a pre-requisite for using these materials for the ultrafast storage and processing of data.

Such antiferromagnet-based data storage technologies would be several orders of magnitude faster and more energy-efficient than current ones. They would also be able to store and process a larger amount of data. Since the materials have no net magnetization, they would also be less vulnerable to malfunctions and external manipulation. “Future technologies based on antiferromagnets would thus meet all the requirements for the next generation of data storage technology. They also have the potential to keep pace with the growing demand for data storage and processing capacity”, concludes Bossini.