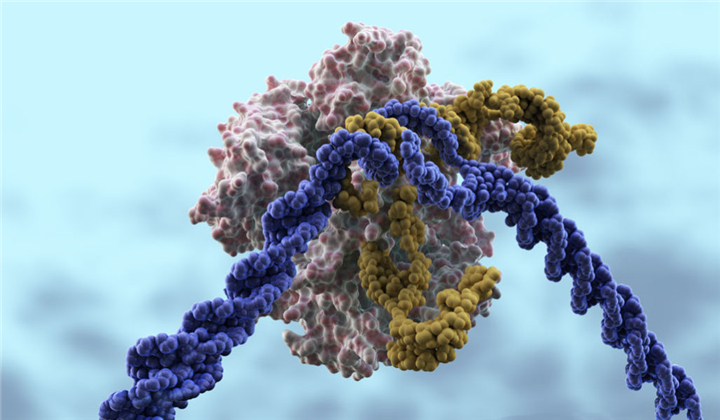 When it was unveiled in 2012, people had great hopes that the gene editor CRISPR/Cas9 could treat or even cure hundreds to thousands of genetic diseases. This year, researchers in the United States began testing the gene editor in people, a crucial first step in determining whether the technology can fulfill its medical promise.

These first clinical trials are testing CRISPR/Cas9’s safety and efficacyagainst cancer, blood disorders and one form of inherited blindness in people who already have the disease (SN: 8/31/19, p. 6). Many more such trials are expected to begin soon. Unlike the editing of human embryos that stirred up controversy in 2018 (SN: 12/22/18 & 1/5/19, p. 20), the genetic changes introduced in these trials would not be inherited by future generations.

CRISPR’s rise as a potential medical tool happened in remarkably short time, says Janelle Waack, an intellectual property attorney at the law firm Bass, Berry & Sims in Washington, D.C. She has been tracking the dramatic growth of CRISPR patent filings, including for health care, medical research, agriculture and chemical processing. “People are investing in the technology and think it has great commercial value,” she says.

These first tests in people are “bellwethers” of CRISPR’s future, Waack says. Patients will benefit only if companies continue to invest in the technology, and that investment may depend on whether these early clinical trials succeed.

CRISPR/Cas9 is a bacterial defense system against viruses that scientists have repurposed to make precise changes to DNA in the cells of humans and other animals. A “guide RNA” tows the DNA-cutting enzyme Cas9 to specific genes, where it slices through the DNA. In three clinical trials now under way in the United States, and one just completed, those cuts are disabling genes or snipping out problem bits of DNA.

Results reported from the completed trial, led by researchers at the University of Pennsylvania, suggest that a CRISPR treatment designed to boost the cancer-fighting power of immune cells called T cells is safe. The results are from three patients — two with multiple myeloma and one with sarcoma — whose T cells were removed and edited in the lab. CRISPR disabled three genes in the T cells. Researchers then outfitted the cells with a “warhead” — a gene that directs the cells to tumor cells that have a specific protein on their surfaces. While immune cells engineered to fight cancer, called CAR-T cells, have been used in patients for years, souping up T cells with the help of CRISPR is a new innovation.

The findings, presented December 7 at the American Society of Hematology meeting in Orlando, Fla., showed that CRISPR-edited T cells took hold and reproduced in the cancer patients. None of the three people had any side effects associated with the cells. That’s good news since other revved-up T cells have caused high fevers, low blood pressure, seizures and other side effects (SN: 7/7/18, p. 22). However, the experimental treatment didn’t slow the growth of the people’s cancers. “Now that we’ve demonstrated safety and feasibility, we’ll be much more focused on the effectiveness of the therapy,” says Edward Stadtmauer, a hematologist and oncologist who led the trial.

CRISPR Therapeutics has already started trials with Vertex Pharmaceuticals, based in Boston and London, to remove and edit cells from people with the blood disorders sickle cell disease or beta-thalassemia. The edits turn on production of fetal hemoglobin, usually made only until shortly after birth. Early results from one woman with beta-thalassemia and another woman with sickle cell disease suggest that the edited cells are safe and make enough fetal hemoglobin to relieve disease symptoms. “While these data are early, they show that this could be a onetime curative therapy for patients,” Kulkarni said November 19 during a news briefing describing the results.

In another trial, researchers are snipping a small piece of DNA out of cells in the eyes of people with an inherited form of blindness called Leber congenital amaurosis 10. That DNA contains a mutation that causes the blindness. The trial, conducted by Editas Medicine, also based in Cambridge, Mass., and the global pharmaceutical company Allergan, is the first — and for now, only — trial using CRISPR to edit DNA directly in cells in the human body.

With direct editing, getting CRISPR to exactly the right place is the first challenge, Kulkarni says. From there, it’s impossible to know whether the gene editor has made unwanted “off-target” edits as well. External editing allows researchers to check if the correct edits have been made, but the approach isn’t feasible for many diseases.

Whether and how soon CRISPR becomes an accepted therapy, and how the U.S. government regulates the technology, may all depend in part on these initial trials. “Everybody is paying careful attention,” Waack says.