Replacing Functional Groups with A Gold Electrode to Control Reactivity of A Molecule Nov 06, 2020 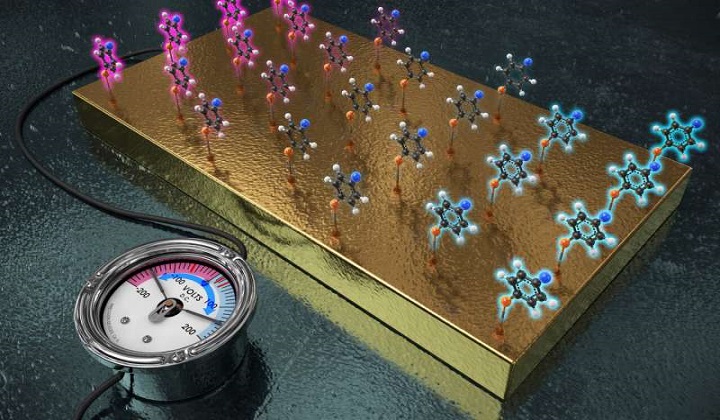 A team of researchers affiliated with several institutions in the Republic of Korea has found that it is possible to replace chemical functional groups with a gold electrode to control the reactivity of a molecule. In their paper published in the journal Science, the group describes attaching target molecules to a gold electrode to change the properties of immobilized molecules and how their technique performed when used to rate changes in the hydrolysis of certain esters.

The researchers demonstrated the utility of their technique by conducting hydrolysis and conversion experiments. They suggest the technique holds promise in other areas as well. They plan to try it with probes made of different materials to see if it might lead to better scalability.