Brown Fat May Protect against Metabolic and Cardiovascular Diseases Jan 06, 2021 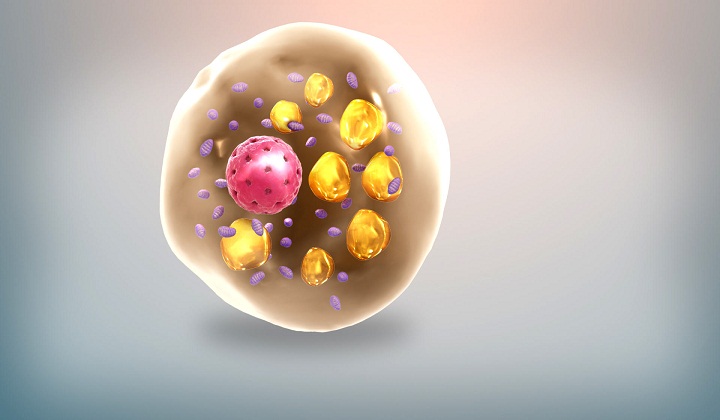 White fat stores excess energy, whereas brown and beige fat are thermogenic and dissipate energy as heat. But it is unclear whether individuals with ample brown fat have better health. In a new study published in the journal Nature Medicine, individuals with brown fat had lower prevalences of cardiometabolic diseases, and the presence of brown fat was independently correlated with lower odds of type 2 diabetes, dyslipidemia, coronary artery disease, cerebrovascular disease, congestive heart failure and hypertension.

“For the first time, our study reveals a link to lower risk of certain conditions,” said senior author Dr. Paul Cohen, a senior attending physician at the Rockefeller University Hospital.

“The findings make us more confident about the potential of targeting brown fat for therapeutic benefit.”

In the study, the researchers reviewed 134,529 positron emission tomography-computed tomography scans from 52,487 patients, and found the presence of brown fat in nearly 10% of individuals.

“This figure is likely an underestimate because the patients had been instructed to avoid cold exposure, exercise, and caffeine, all of which are thought to increase brown fat activity,” Dr. Cohen said.

For example, only 4.6% had type 2 diabetes, compared with 9.5% of people who did not have detectable brown fat.

Similarly, 18.9% had abnormal cholesterol, compared to 22.2% in those without brown fat.

Another surprising finding was that brown fat may mitigate the negative health effects of obesity.

In general, obese people have an increased risk of heart and metabolic conditions, but the scientists found that among obese people who have brown fat, the prevalence of these conditions was similar to that of non-obese people.

“It almost seems like they are protected from the harmful effects of white fat,” Dr. Cohen said.

The actual mechanisms by which brown fat may contribute to better health are still unclear, but there are some clues.

The role of brown fat is more mysterious in other conditions like hypertension, which is tightly connected to the hormonal system.

“We are considering the possibility that brown fat tissue does more than consume glucose and burn calories, and perhaps actually participates in hormonal signaling to other organs,” Dr. Cohen said.