A precision drug for prostate cancer may slow the disease’s spread Jan 03, 2020 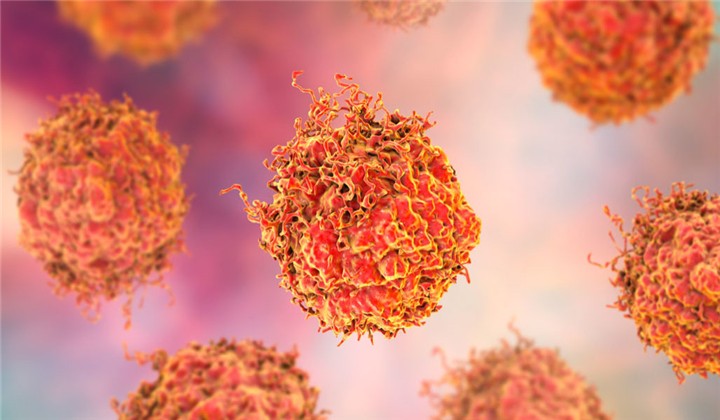 A drug used to treat breast and ovarian cancers tied to certain genetic mutations may help combat some of the most severe cases of prostate cancer.

Researchers tested the drug, called olaparib, in a randomized clinical trial of nearly 400 men with advanced prostate cancer and a mutation in one of several genes involved in repairing damaged DNA, such as BRCA1 and BRCA2. These genetic defects raise the risk of certain cancers, including breast and ovarian (SN: 4/7/15). Up to 30 percent of men with the hardest-to-treat prostate cancers also have mutations in this type of gene.

In the Phase III clinical trial, designed to compare the new treatment with current standard treatment, the men were split into two groups based on their genetic mutations. The 245 men in one group had mutations in some of the genes most commonly associated with breast and ovarian cancer (BRCA1, BRCA2 and ATM), while the 142 men in the other group had other mutations in DNA-repair genes. About two-thirds of men in each group took olaparib.

Overall in men given olaparib, the disease progressed more slowly compared with those on standard treatment drugs that deprive cancer cells of the male hormone testosterone. After a year, about 22 percent of men taking olaparib had no signs that their cancer was progressing, compared with 13.5 percent of men on the standard treatments, the researchers reported September 30 in Barcelona at the European Society of Medical Oncology meeting.

The difference was greater in the group with the BRCA1, BRCA2 and ATM mutations: 28 percent had no signs their cancer was progressing compared with 9.4 percent receiving standard treatment. Alterations in the BRCA genes are often associated with responding to drugs that work similarly to olaparib, says Maha Hussain, an oncologist at Northwestern University Feinberg School of Medicine in Chicago who presented the findings at the oncology meeting.

In patients with measurable tumors within the BRCA group, tumor sizes shrank in a third of those on olaparib, compared with 2.3 percent of those on the standard therapy.

But while the new treatment looks promising so far, potentially buying some patients a few more months, it’s too early to say how the drug will impact overall survival. The clinical trial, cofunded by pharmaceutical companies that manufacture olaparib, AstraZeneca and Merck & Co, is slated to continue into early 2021.

Olaparib is a PARP inhibitor: The drug blocks the PARP enzyme that repairs broken DNA. Cancer cells thrive in a Goldilocks zone of DNA damage — just enough that the cells become carcinogenic, but not so much that they die. Interfering with the PARP enzyme makes cells more likely to go haywire and, eventually, commit cell suicide.

The drug works similarly in prostate cancer as it does in ovarian and breast cancers. “Essentially, it’s going after the same target: PARP,” Hussain says.

The U.S. Food and Drug Administration has approved olaparib for breast and ovarian cancers, but not for prostate cancer. If the FDA one day approves the drug’s use for severe cases of the disease, it will be one of the first times that a precision medicine approach — or the idea of personalizing a therapy based on a person’s genes — has been used to treat prostate cancer.

“[Prostate cancer therapy] has been, generally, a one-size-fits-all approach,” Hussain says. “With regard to precision medicine, I think that we’ve opened up the door.”

In the United States, 1 in 9 men will be diagnosed with prostate cancer in his lifetime, according to the American Cancer Society. That makes the disease the second most common type of cancer in American men, after skin cancer. It’s often treatable. Doctors can remove the prostate through surgery or destroy cancer cells with radiation or chemotherapy. They may also use various drugs to decrease male hormone levels or ramp up the body’s immune system to help fight the cancer.

But, for some patients, these therapies don’t work. About 30,000 men in the United States die from prostate cancer each year.

“My hope is that we’re going to be doing more and more research to better personalize care for the individual patient,” Hussain says.

For patients with BRCA or ATM mutations, the researchers also found that olaparib appeared to delay pain from worsening. After a year, about 80 percent of men reported that their pain had stayed the same, compared with just over 40 percent of those receiving the other drugs.

Almost all of the men, regardless if they took olaparib or standard hormonal drugs, reported side effects like anemia, nausea or fatigue. However, those on olaparib had higher rates of anemia and reported more severe side effects.

The findings indicate that, for patients with these specific mutations, a PARP inhibitor like olaparib may work better than trying another type of hormonal therapy, says William Dahut, an oncologist and the scientific director for clinical research at the Center for Cancer Research in Bethesda, Md.

However, testing prostate cancer patients for genetic mutations isn’t routine unless the cancer begins spreading throughout the body, he says. “I think this will lead to many more men being tested to see if they have these genetic abnormalities.”

If men are tested for these genetic mutations very early on, then doctors may be able to predict which patients might benefit from starting a PARP-inhibitor drug sooner. “It’s at least possible that by using these drugs earlier, they may even have a bigger impact,” Dahut says.