High Altitudes May Be a Climate Refuge for Some Birds, But Not These Hummingbirds Jul 13, 2022 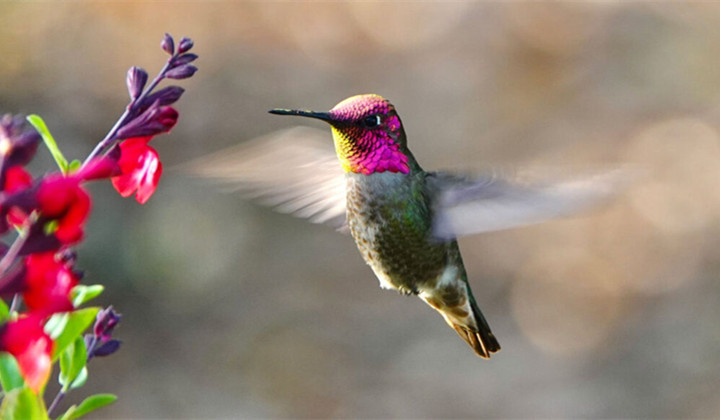 Cooler, higher locales may not be very welcoming to some hummingbirds trying to escape rising temperatures and other effects of climate change.

Anna’s hummingbirds live no higher than about 2,600 meters above sea level. If the birds attempt to expand their range to include higher altitudes, they may struggle to fly well in the thinner air, researchers report May 26 in the Journal of Experimental Biology.

These hummingbirds have expanded their range in the past. Once only found in Southern California, the birds now live as far north as Vancouver, says Austin Spence, an ecologist at the University of California, Davis. That expansion is probably due to climate change and people using feeders to attract hummingbirds, he says.

Spence and colleagues collected 26 Anna’s hummingbirds (Calypte anna) from different elevations in the birds’ natural range in California. The team transported the birds to an aviary about 1,200 meters above sea level and measured their metabolic rate when hovering. After relocating the hummingbirds to a field station at 3,800 meters altitude, the researchers let the birds rest for at least 12 hours and then measured that rate again.

The rate was 37 percent lower, on average, at the higher elevation than the aviary, even though the birds should have been working harder to stay aloft in the thinner air (SN: 2/8/18). At higher altitudes, hovering, which takes a lot of energy compared with other forms of flight, is more challenging and requires even more energy, Spence says. The decrease in metabolic rate shows that the birds’ hovering performance was suffering, he says. “Low oxygen and low air pressure may be holding them back as they try to move upslope.”

Additional work is needed to see whether the birds might be able to better adjust if given weeks or months to acclimate to the conditions at gradually higher altitudes.