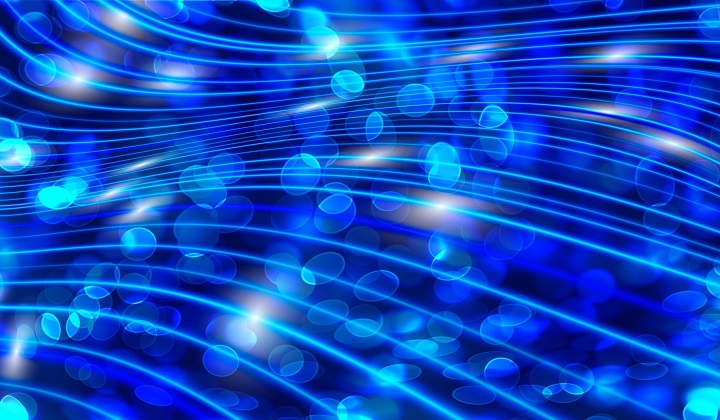 A team of scientists at Freie Universität Berlin has developed an artificial intelligence (AI) method for calculating the ground state of the Schrödinger equation in quantum chemistry. The goal of quantum chemistry is to predict chemical and physical properties of molecules based solely on the arrangement of their atoms in space, avoiding the need for resource-intensive and time-consuming laboratory experiments. In principle, this can be achieved by solving the Schrödinger equation, but in practice this is extremely difficult.

Up to now, it has been impossible to find an exact solution for arbitrary molecules that can be efficiently computed. But the team at Freie Universität has developed a deep learning method that can achieve an unprecedented combination of accuracy and computational efficiency. AI has transformed many technological and scientific areas, from computer vision to materials science. "We believe that our approach may significantly impact the future of quantum chemistry," says Professor Frank Noé, who led the team effort. The results were published in the reputed journal Nature Chemistry.

Central to both quantum chemistry and the Schrödinger equation is the wave function—a mathematical object that completely specifies the behavior of the electrons in a molecule. The wave function is a high-dimensional entity, and it is therefore extremely difficult to capture all the nuances that encode how the individual electrons affect each other. Many methods of quantum chemistry in fact give up on expressing the wave function altogether, instead attempting only to determine the energy of a given molecule. This however requires approximations to be made, limiting the prediction quality of such methods.

Other methods represent the wave function with the use of an immense number of simple mathematical building blocks, but such methods are so complex that they are impossible to put into practice for more than a mere handful of atoms. "Escaping the usual trade-off between accuracy and computational cost is the highest achievement in quantum chemistry," explains Dr. Jan Hermann of Freie Universität Berlin, who designed the key features of the method in the study. "As yet, the most popular such outlier is the extremely cost-effective density functional theory. We believe that deep 'Quantum Monte Carlo,' the approach we are proposing, could be equally, if not more successful. It offers unprecedented accuracy at a still acceptable computational cost."

The deep neural network designed by Professor Noé's team is a new way of representing the wave functions of electrons. "Instead of the standard approach of composing the wave function from relatively simple mathematical components, we designed an artificial neural network capable of learning the complex patterns of how electrons are located around the nuclei," Noé explains. "One peculiar feature of electronic wave functions is their antisymmetry. When two electrons are exchanged, the wave function must change its sign. We had to build this property into the neural network architecture for the approach to work," adds Hermann. This feature, known as 'Pauli's exclusion principle,' is why the authors called their method 'PauliNet.'

Besides the Pauli exclusion principle, electronic wave functions also have other fundamental physical properties, and much of the innovative success of PauliNet is that it integrates these properties into the deep neural network, rather than letting deep learning figure them out by just observing the data. "Building the fundamental physics into the AI is essential for its ability to make meaningful predictions in the field," says Noé. "This is really where scientists can make a substantial contribution to AI, and exactly what my group is focused on."

There are still many challenges to overcome before Hermann and Noé's method is ready for industrial application. "This is still fundamental research," the authors agree, "but it is a fresh approach to an age-old problem in the molecular and material sciences, and we are excited about the possibilities it opens up."